Welcome to the latest video from Even Mix™ where mixing IS Rocket Science. You deserve a better mixing experience. We see the existence of poor mixing performance and air bubbles in the liquid as a problem. If your liquid isn’t mixed evenly – it’s a problem. If you have a significant amount of air bubbles Read more about Even Mix™ versus The Incumbent[…] 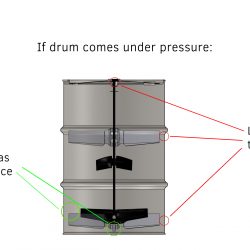 Pinless mixing blade review is showed in the video below. We will be mixing mixing glycerin, an 1,100 centipoise liquid that is the same viscosity as most paints. As you can see in the video, the mixing action is a result of the variable pitch Even Mix™ blades which are designed to produce a vector that mixes liquids horizontally, Read more about Even Mix™ Pinless Mixing Blade Review[…]

The IBC Mixer by Even Mix™ is the latest innovation in the mixing market.  With our unique mixed-flow blade, we offer superior mixing performance with a lightweight blade that mixes at low speeds and doesn’t introduce air into your product. Nearly all mixers in the market today are heavy, requiring additional equipment like forklifts for Read more about Mixing Corn Gluten Is Easy With Our IBC Mixer[…]

This system is made up of three major components: 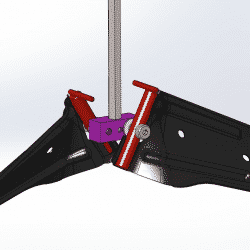 Variable Pitch In our continued effort to inform our current and potential customers, we’d like to give a sneak peek at our blade’s most vital feature: variable pitch. Variable pitch is nothing necessarily new. Aircraft and ships have been using it for decades now, and with great success. It’s simply a twist in the blade, Read more about Get a Different Angle: Variable Pitch[…]