Precision Farming, also often referred to as “Precision Agriculture” and “Smart Farming,” are mainly one in the same thing designed with the objective of improving agricultural efficiency through the use of modern technology. Put simply; the goal is to produce better crops and ideally more crops using fewer resources. It’s the cutting edge of farm management. By producing more with fewer resources using various strategic delivery methods, precision farming aims to be more sustainable than old farming methods, which is why an increasing number of progressive farms is adopting it as we speak.

The Many Benefits of Precision Farming

Precision Farming is designed to help benefit and improve just about every aspect of traditional farming. It starts by benefiting the farmer who’s using the technology to operate an efficient farm and the consumer who is buying the crops by helping the latter save money. Furthermore, precision farming lowers the environmental impact of traditional farming. Here are a few benefits of precision farming:

Every farmer already knows that crops have varying needs. The use of smart technology systems helps to match the level of needs of those crops by adapting and analyzing them to meet their needs as close a possible with more precision. The result is higher quality crops. Smart farming can meet a lot more of the needs of various crops with the least amount of fertilizer, water, pesticides, etc.

The right amount of chemicals and resources, when used, will benefit the soil and reduce the instance of runoff into rivers and streams. The result is that precision farming reduces the reliance on fossil fuels and the environmental impact of farming.

Precision Farming systems help lower the operational costs for farmers and do not require that they work long hours like they used to. By using smart technology, farmers work fewer hours, use a lot fewer resources, cost less money, and produce more, making it (smart farming) one of the highest returns on investment in the farming industry.

How Does Precision Farming Work in a Nutshell?

Precision Farming is made possible by the use of various pieces of modern technology. Mainly, onboard computers and various software applications work in tandem, allowing users to monitor fields, collect and monitor associated data. The GPS devices or geographic information systems mounted on various machinery like tractors allow farmers to easily plant crops with more precision using optimized, automated patterns that save time, seeds, and fuel.

Another key component of precision farming is the ability to analyze and monitor data which gives farmers a complete overview of the data on soil quality, the farm, environmental factors, and crops, all of which aids in the decision marking process. It also makes responding to challenges easier. Sensors used on these machines help determine biomass, temperature, soil moisture, and the development of potential diseases to tackle significant potential losses in time.

The Use of Farm Bots for Precision 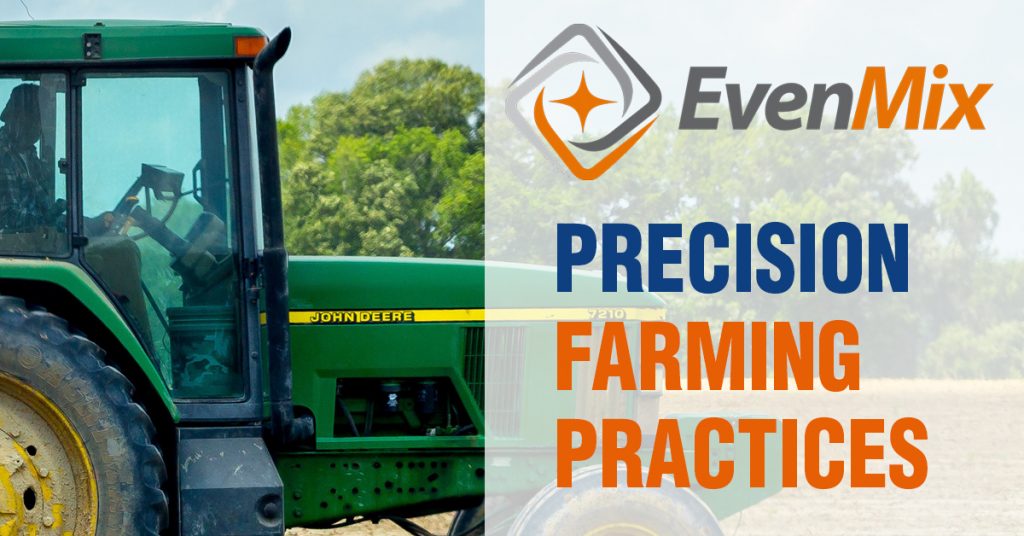 Farm bots are a promising precision farming technology, which is still in its relative infancy. However, the robots available today can deliver fertilizer precisely in between rows of corn and lettuce while pulling weeds. A category of nimble robots is being developed to do the work that has traditionally always been done by hand or mega-ton machinery. The new category of farming bots, as they are called, will be more nimble, allowing them to do the work more efficiently. Farm bots can collect a soil sample to help identify soil type across the entire field.

A very good instance of this is that checking for pests in a field using the traditional farming method can be quite sticky since bug traps have to be monitored manually, reset, and cleaned. Robots like the one being developed by Sepnsa Technologies are geared towards streamlining the otherwise cumbersome process of checking for pests with remote sensing. The Z-Trap, as it’s called and an online tool located at MyTraps.com, automate the pest tracking process, allowing farmers to do it in real-time on their cellphones. The approach reduces the number of pesticides otherwise sprayed, consequently saving on labor and money.

Even though drones aren’t currently allowed for use in agriculture, the FAA (Federal Aviation Administration) is actively considering regulation, which will eventually allow for the use of drones on farms. Once the regulation is approved, which we anticipate will be soon, and as we advance, it will be a huge game-changer in the agriculture industry.

Today crop dusters are too expensive for many small farms, and there are obvious risks, especially when it comes to flying 10 feet above the ground at speeds of 150 miles per hour. On the other hand, drones cost a fraction of a crop duster, and there is no risk to the pilot. Also, you don’t need to be a trained pilot to operate a drone. Most people can start operating a drone with a few hours of training. Also, if a drone crashes over an open field, it does not do much damage as opposed to a falling crop-duster.

Now, apart from crop dusting, drones will have the capability to take continuous shots of crops on the farm so that farmers can monitor their health without having to send scouts to check. The approach will allow for a more controlled application of fungicides and insecticides. As we speak, Japan has been using drones to spray their land for rice fields for years. Back in 2010, drones had sprayed 30% percent of rice fields in Japan with pesticides. Using drones meant that the number of farms sprayed via helicopters dropped from 1328 in 1995 to just 57 in 2011. However, unmanned helicopter or drone spray sharply rose to 1000 hectares in 2011, according to an article published in Wired. The consensus is that American farming will soon adopt drones once their use is approved for use by the FAA.

Farming involves lots of mixing. In fact, farmers are involved a lot more in mixing various chemicals than they are with pulling out weeds. Experienced farmers know that when chemicals or solutions are mixed, they need to be consistent throughout every batch. Using traditional mixing methods can’t and does not yield the type of consistently often needed for precision farming equipment. The inconsistent mixing of chemicals often means that precision spraying nozzles get clogged, which can be very challenging to clean.

Even Mix™, has the solution in the form of their new generation of mixers, already being used across a multitude of farms in the US. The mixers take a whole new approach to tote mixing, offering a more powerful, consistent, and easy-to-use mixing solution. It also decreases the number of people to a single person needed to operate the mixer, allowing farmers to consistently mix various chemicals and solutions using the least labor and power.

In the next few years, a new generation of precision sprayers and bots will rely on consistently mixed solutions. That’s why EvenMix’s tote mixers are fast becoming one of the most popular machines in the farming industry.

The Future of Precision Farming

Precision Farming has a lot to offer in terms of minimizing the environmental impact of farming, soil erosion, water conservation, improving crop yields, and reducing a lot of the costs associated with farming in general. The future of precision farming is bright, with a new generation of bots, drones, sensors, satellite, satellite imagery, and various other farming equipment on the horizon. Furthermore, we will see an increased demand for precision farming equipment, especially as their prices decrease and their benefits become a lot more apparent. That’s why in our opinion, precision farming technologies (smart farming) are the future!

Tagged How do tote mixers work