Using the Even Mix™ Tote / IBC Mixer for CBD

CBD (Cannabidiol) is one of the 104 cannabinoids from a marijuana or cannabis plant.  While it is much less famous than its fellow cannabinoid, tetrahydrocannabinol, or THC, the psychoactive cannabidiol that produces the feeling of getting "high"; mixing CBD is gaining popularity with several products to extract its benefits per the NCBI, National Center for Biotechnical Information.  The history of the cannabis plant is long and medical research into the cannabinoids is still emerging.  Currently, one drug, Epidiolex, is approved by the FDA to treat two types of Epilepsy.  Currently mixing CBD with carriers such as lotions, hand sanitizer, and oils are being used to deliver the benefits.

To achieve the proper ratio of CBD to the carrier you need powerful technology that can achieve a cohesive mix. Failure to employ the correct mixing can result in materials that are improperly combined, full of air, and inconsistent.

We all know how important it is to achieve the perfect mix and that’s exactly what you’ll get when you use the revolutionary Even Mix™ Tote Mixer to mix your CBD products. 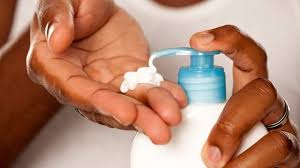 While the approval of CBD varies by state and the study of the benefits is ongoing, we can help you with the mixing of CBD oil into various commercial products.  CBD is often applied topically through lotions, body butter, hand sanitizer, and oils that are all applied to the skin and absorbed into the body.  It can also be ingested and is typically combined with other oils or products since CBD alone does not have a pleasing taste.

Anyone who’s ever tried to mix CBD into oil or any other high viscosity material knows that it’s a difficult process due to the thickness and the resistance of oil to combine with other products. It’s vital that you achieve the perfect blend, such as mixing hand sanitizer; you want to achieve the correct proportions of the ingredients and have them consistently mixed throughout the container.  We have several customers that are actively using the Even Mix™ Tote Mixer with a second set of blades to ensure that the mixing process is quick and complete.  We recommend a second set of blades, especially when mixing oils with another liquid.  One set of blades can be easily positioned near the bottom of the container while the second set is positioned near the top of the liquid.  This distributes the mixing action throughout the container.

The last thing you want to do is waste a lot of time, money, and resources on the ingredients only to not be able to mix it correctly and have the product be unusable.  This is why when you’re mixing high viscosity ingredients you need the proper mixing technology to get the job done right.

How the Even Mix™ Tote Mixer Works

Even Mix™’s patented IBC tote mixer technology has the ability to perfectly mix even the heaviest of materials. This mixing blade is revolutionary in design, featuring heavy-duty power in a low weight design. One of the main features that help this technology stand apart from the competition is the fact that it’s low-weight enough for one person to install and use—you no longer need two or more people or worse yet a forklift to install your mixing blade.

Additionally, since this mixing blade is designed specifically for IBC tote mixers, you can keep your hand sanitizer right in your tote, eliminating the need to move them to different vessels, saving you time, money, and frustration.  It mixes with a downward thrust to make sure that the mixing gets done even in the bottom corners of the IBC tote.

Why Use the Even Mix™ Tote Mixer for CBD Mixing

There are so many benefits to using the Even Mix™ IBC Tote Mixer to mix CBD with other products, beginning with the fact that it’s simple to achieve the right mix of ingredients.  It’s important to understand that our technology actually mixes the entire contents of the IBC tote at once (even in the corners) it does not simply sheer it.  We mix and blend.

Additionally, you’ll benefit from the fact that our mixer does not add any air into the mix during the process. Other mixing blades, on the other hand, are known for causing a problem with air addition which can affect the quality of the mix.

Lastly, when you use our patented tote mixer, you not only achieve the proper initial mix, but our technology has the power to continually and gently mix your liquid, keeping it consistent. Our blades use 3D mixing technology that mixes your liquid vertically, horizontally and circumferentially—there’s nothing else out on the market like it. It’s been tested up to 50,000 cps (see a video of it mixing Corn Gluten - the consistency of Peanut Butter), so mixing hand sanitizer and other gels aren't a problem.

If you’re ready to realize the difference in convenience and quality that you can achieve by making the switch to an Even Mix™ IBC tote mixer, contact our team today and we’ll be happy to provide additional information.