Many people reading this may already be aware that the power supplied through the mains line is AC, an abbreviation for Alternating Current. However, solar cells, batteries, and fuel cells produce another type of electrical current called DC or direct current. Direct current has positive and negative terminals, like that of a battery with the electrons flowing in only one direction, i.e., from positive to negative. Regardless of what you do, DC power will only flow in this direction.

What is Alternating Current (AC)?

The major advantage associated with the use of alternating current is that changing the voltage is relatively easier via a transformer. While that on the surface might not seem like much, we assure you that power companies save a lot of money when transmitting high voltages across long distances via power lines.

That’s why power companies actively convert the direct current produced through solar and turbines into high voltages like a million volts, lower the voltage, and make transmission easy. Also, 120 volts is relatively less dangerous. It is harder to kill a person with 120 volts as compared to a million volts, though most deaths are prevented using GFCI outlets in modern homes. 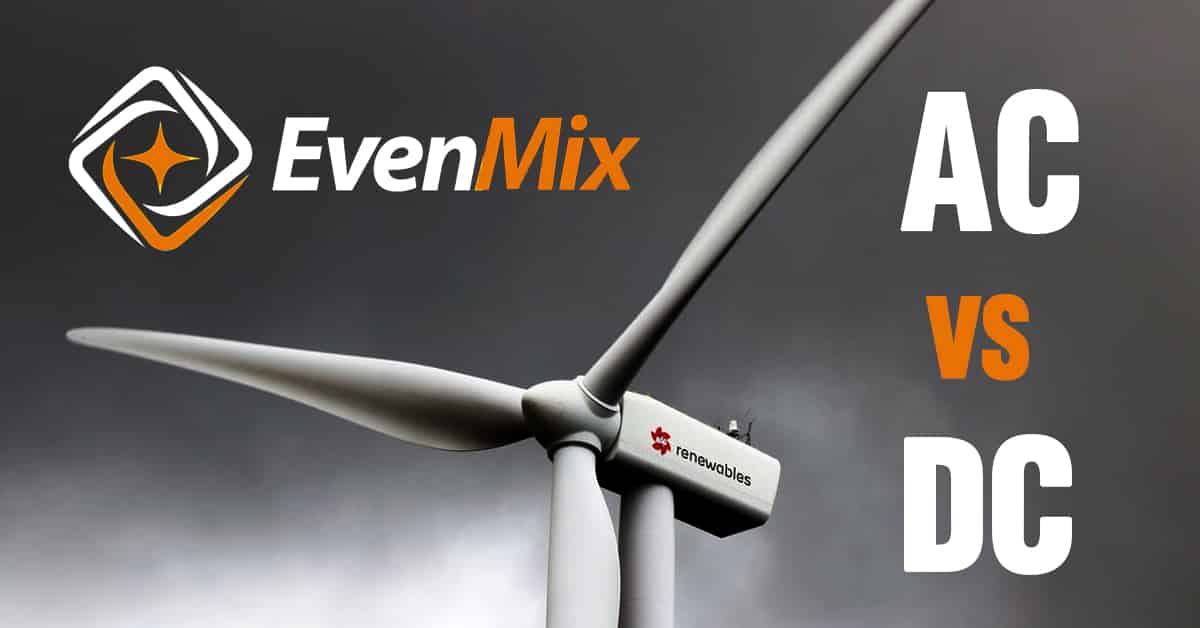 What is Direct Current – DC Power?

Direct Current (DC), as mentioned earlier, flows in a linear fashion, and it can move in any other direction. However, direct current is derived from many sources like fuel cells, batteries, and modified alternators. However, we regularly make DC power from AC power by using a rectifier in our smartphone chargers. But that is just one instance of converting AC to DC; in some cases, it is done at an industrial level to serve numerous purposes.

The perk of DC power is that it is consistent in terms of voltage delivery, which is why just about every electronic device, from our phones to even electric motors in electric cars, relies on DC power. Similar to AC current, a transformer can be used to step down (decrease) or step up (increase) the voltage delivered to suit the application.

However, not all electrical devices use direct current. Household appliances like washing machines and lamps use AC current, which goes indirectly from the grid via the powerpoint.

The inherent problem with DC is that transmitting it over long distances is both difficult and dangerous. That’s one reason why AC power won the so-called electricity rivalry between Tesla and Eddison.

Why Do We Have Two Power Systems?

Even though most of the modern electronics we have run on DC, because of its smooth flow and consistent voltage, it would not be possible without AC. In fact, both types of power are imperative to modern living, one is better than the other in some instances, but on the whole, they are both equal.

Today AC power certainly dominates the global electricity market. Almost every outlet in buildings across the world is pumping AC power, and that current is then converted into DC if the appliance or gadget needs it. As mentioned earlier, DC may be consistent, but it can’t travel long distances from power plants to buildings. Plus, generating AC is easier than DC, simply because of the way these generators turn, which makes the system far cheaper to operate compared to if we switched everything to DC. So, in other words, AC is profitable!

DC is most effective when it comes time for devices to store electricity like a cell phone’s battery. Laptops, smartphones, torches, portable generators, and CCTV cameras, amongst other things, rely on DC power. In fact, 99.9% of batteries are charged from the main after the AC is converted to DC; that’s what our battery chargers do (convert AC to DC).

However, this isn’t the only method of charging. DC current from a power bank can also charge a cell phone battery; in other words, DC to DC charging instead of using AC power. However, when it comes to DC charging, the power supply needs to change its voltage to suit the input of the device being charged. If the current isn’t changed to the right voltage and amperage, it can fry the electronics.

DC motors mainly rely on the use of carbon brushes coupled with a commutation ring that helps to switch the direction of the current and the magnetic field’s polarity in the armature. The interaction between the fixed magnets and the coil (which usually rotates) causes the motor to turn.

Now there are various types of DC motors; you have the brushless types and the traditional brush types. The brush-type motors have a lifespan of around 1500 hours, and they can be a hundred hours less durable under extreme loads. Under favorable conditions, the motors can operate for longer, but that’s rare. The high-speed rotation or the speed of rotation is limited only by the commutation, so generally, the DC motor will produce around 10k rotations a minute.

The reason why DC motors are preferred in the modern world is that they are highly efficient. However, they tend to lose some of their efficiency due to the initial resistance within the winding, eddy current, and brush-related friction.

AC induction motors work by using a series of coils that are controlled using AC power. The stator field is initially created via the input voltage, with the rotor field being created by the stator field.

The synchronous AC motor can operate with a precision supply frequency. However, the magnetic field in the motor is generated using current via slip rings or even a permanent magnet. These motors are faster than induction motors because the speed of the stator is mainly by the slip of the motor.

Generally, AC motors will operate within a specific performance curve. That’s usually the peak efficiency of the AC motor. Beyond the performance curve, the efficiency will drop tremendously. Plus, you need to consider that AC motors use more energy to create the magnetic field, which is otherwise created by a magnet in the DC motor, which makes AC motors far less efficient. DC motors are around 30% more efficient than their AC counterparts which is why Even Mix™ uses DC motors in our mixers.

At Even Mix™ we settled on the use of DC motors in our machines. One of the most significant reasons being that they have much higher starting torque; they can also be started, stopped, then reversed and the speed controlled as needed. The DC motors we use are specially designed to undertake a great deal of stress but are far easier and cheaper to regulate than if we opted for an AC motor.

We use a DC electric drive because they are significantly lighter and smaller but can produce more than enough speed and torque than needed. Plus, they use far less energy than any other AC motor we’ve tested.

As professionals who have designed the Even Mix™ mixers, we can tell you from experience that these are the best, most powerful motors that money can buy, and yet they are also the most efficient. That’s why our mixers are robust yet lightweight and easy to use.